The Musical Town of Meiningen 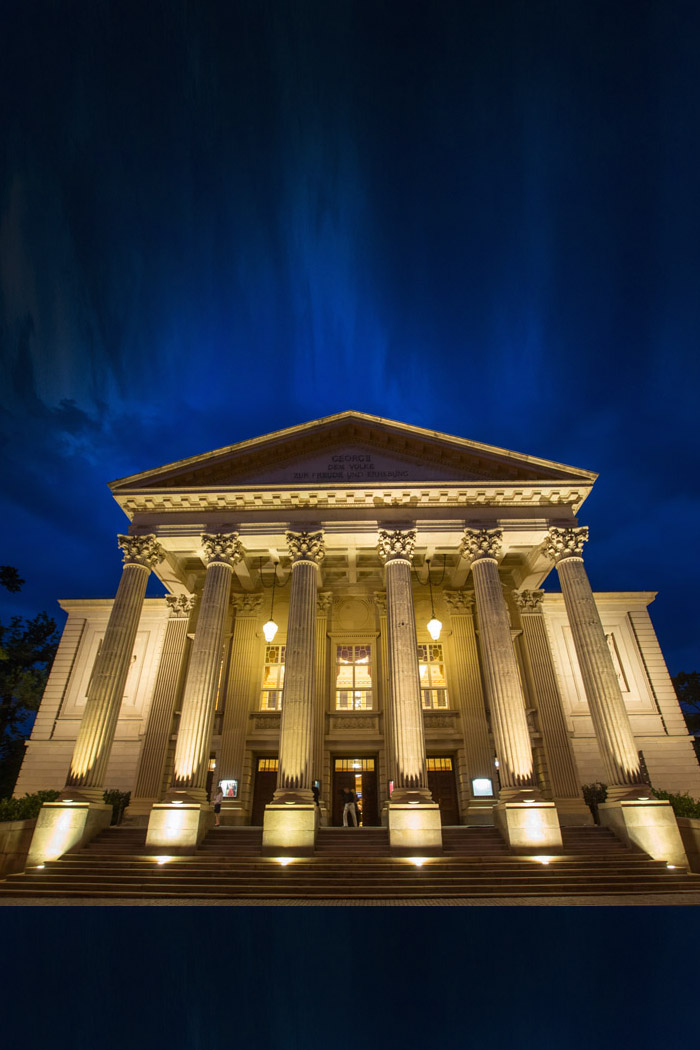 A trip to Meiningen always yields the most beautiful perspectives...

The author of these words, which were addressed to the Duke of Meiningen, Georg II in 1885, was none other than Johannes Brahms. One might ask which beautiful perspectives Brahms, who visited the small town in Southern Thuringia 15 times between 1881 and 1895, might have been referring to. There was of course the Meiningen Court Orchestra with its brilliant conductors Hans von Bülow, Richard Strauss and Fritz Steinbach. Bülow, Steinbach and the orchestra musicians were congenial interpreters of Brahms' symphonic works and became their missionaries during concert tours throughout central Europe.

Bülow might well know that the smallest rehearsal in the smallest Meiningen hall means more to me than any concert in Paris or London, and ... how at home I feel amidst the Capelle, I could sing a long song of praise about it ...

... these words, written by Brahms to the Meiningen ducal couple, need no further explanation. In 1990, the orchestra celebrated 300 years of uninterrupted existence, making it one of the oldest ensembles in Europe. In 2006, it was granted the title Meininger Hofkapelle (Meiningen Court Orchestra) by Thuringia state authorities.

For Brahms, another beautiful perspective was the intellectually stimulating cultural scene at the Meiningen Court, which was freed from rigid etiquette and had been cultivated by Duke Georg II (1826-1914) and his wife, Duchess Helene von Heldburg (1839-1923). 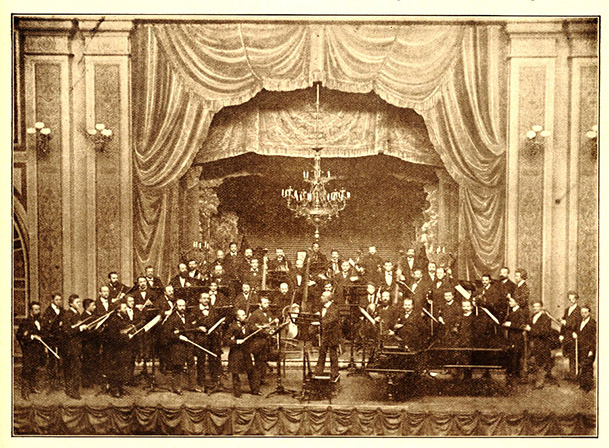 Bülow and the Meininger court orchestra

The Duke and Duchess’s patronage of the arts brought numerous artists and intellectuals to Meiningen. Among them were well-known actors and actresses, such as Kainz, Barney, Lindner and Sandrock, the singer and actor Wüllner, the fairy tale collector, historian and author Ludwig Bechstein, writers and playwrights such as Fitger, Voß, Ibsen, Björnsen and Rudolf Baumbach, the theater producers Chronegk and Grube, the most prominent sculptor of that time, Adolf von Hildebrand, the scientist Ernst Heckel; Richard und Cosima Wagner, Franz Liszt, Edward Grieg, Max Reger, the garden landscaping family Buttmann, the architects Döbner, Neumeister, Behlert, and Fritze. All these illustrious figures helped write Meiningen's fascinating cultural history.

Observant visitors will find traces of this history throughout the town: not only within the oldest building, the Meiningen Stadtkirche (town church), the 300-year-old Schloss Elisabethenburg (Elisabethenburg Palace) that houses the Meiningen Museums, or at the Meiningen Theater, designed by architect Karl Behlert, but also on numerous memorial plaques in the town center. The former ducal indoor riding arena now houses an exhibition of historic stage set backdrops which gives a glimpse into the content and Europe-wide effect of the Meiningen theater reform that was initiated by Georg II. Both Meiningen parks contain numerous sculptures and monuments. Many of the personalities listed above can be found on the guest list of the Romantic Hotel Sächsischer Hof, the foundation of which is over 200 years old. The current half-timbered construction of the hotel, together with that of the Henneberger Haus located across the street, add a bit of Franconian flair to the town center.

the old theater of Meiningen

The small number of half-timbered houses that did not fall victim to the devastating fire of 1874 are sure to catch the eye of any visitor to Meiningen. The embellished facades of the Gründerzeit (Founding Epoch) streets of houses built after 1874 also draw attention. These houses were largely restored and renovated during the years following the reunification of Germany. The trained eye will also discover medieval traces, such as the Bleichgräben (moats) and remains of the city wall that used to serve as fortifications. Meiningen is over 1000 years old and has been in possession of its town charter for approximately 800 years. The town was ruled by Würzburg prince bishops for about 500 years, followed by 500 years of rule by the House of Henneberg. Meiningen was of great strategic importance for both rulers, which is why it was barraged three times. In 1680, the founder of the ducal house of Saxony-Meiningen, Duke Bernhard I, elevated the town's status to that of a Residenzstadt (aristocratic seat). It was Bernhard I who started the tradition of arts patronage in Meiningen by inviting and appointing musicians such as Georg Caspar Schürmann and Johann Ludwig Bach to the court. 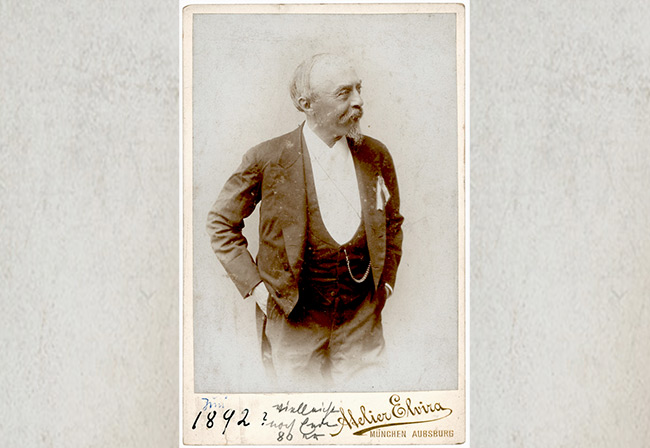 And finally, one of the most beautiful perspectives that brought Brahms back to Meiningen again and again is the landscape surrounding the town, which nestles in the Werra Valley. Brahms found a great source of inspiration in hiking through the wooded hills before taking his breakfast at the castle. Even today, visitors to Meiningen are impressed by the way nature and culture complement each other. Guests no longer only arrive by train, but also in cars and coaches, on foot, by bike and by boat in order to experience and enjoy the very special atmosphere of the town. Martin Walser, who recently visited Meiningen for the premiere of the theater adaptation of his novel Ein liebender Mann (A loving man), spoke of this flair, calling it an Erlebnisreiz (stimulating experience), adding:

... I would be very happy if I could contribute even in the smallest way to the current distinctiveness of life in this town. 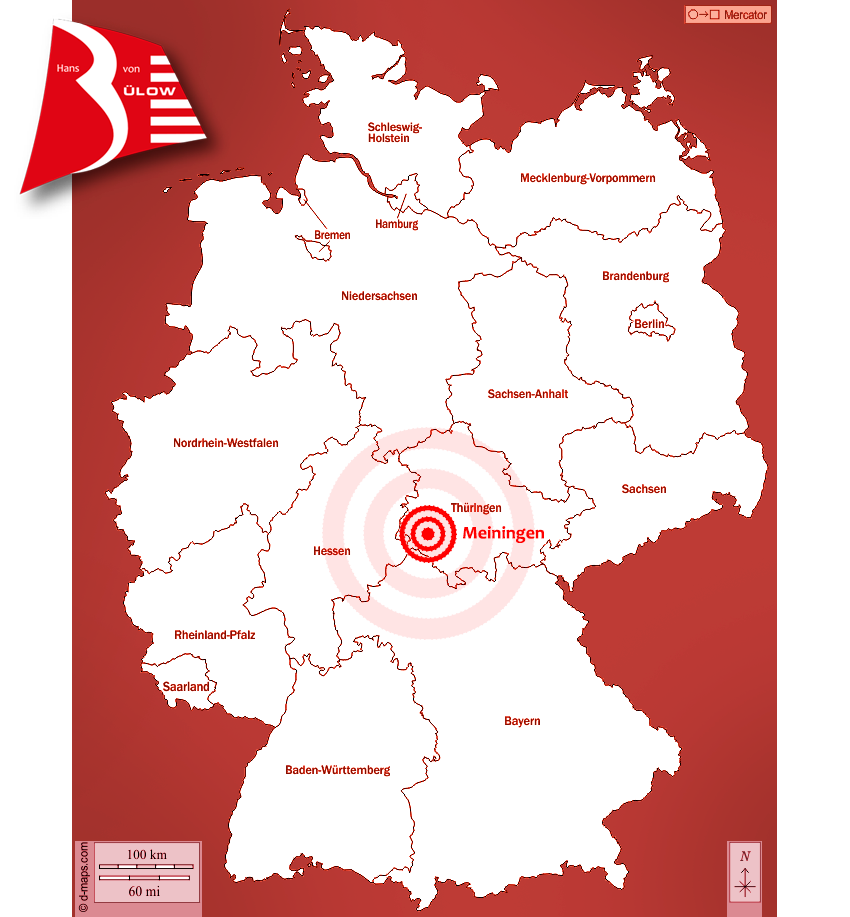 Distance to airports in Germany:

... you can conveniently travel to Meiningen. The Meinigen train station is just a short walk away from the town center – you will cross the English Garden on your way.

You will find the competition office at the Max Reger Conservatory, Bernhardstraße 4, 98617 Meiningen.

The are many different types of accommodations available in Meiningen - find a hotel, guest house or campsite here: ... accommodation bureau